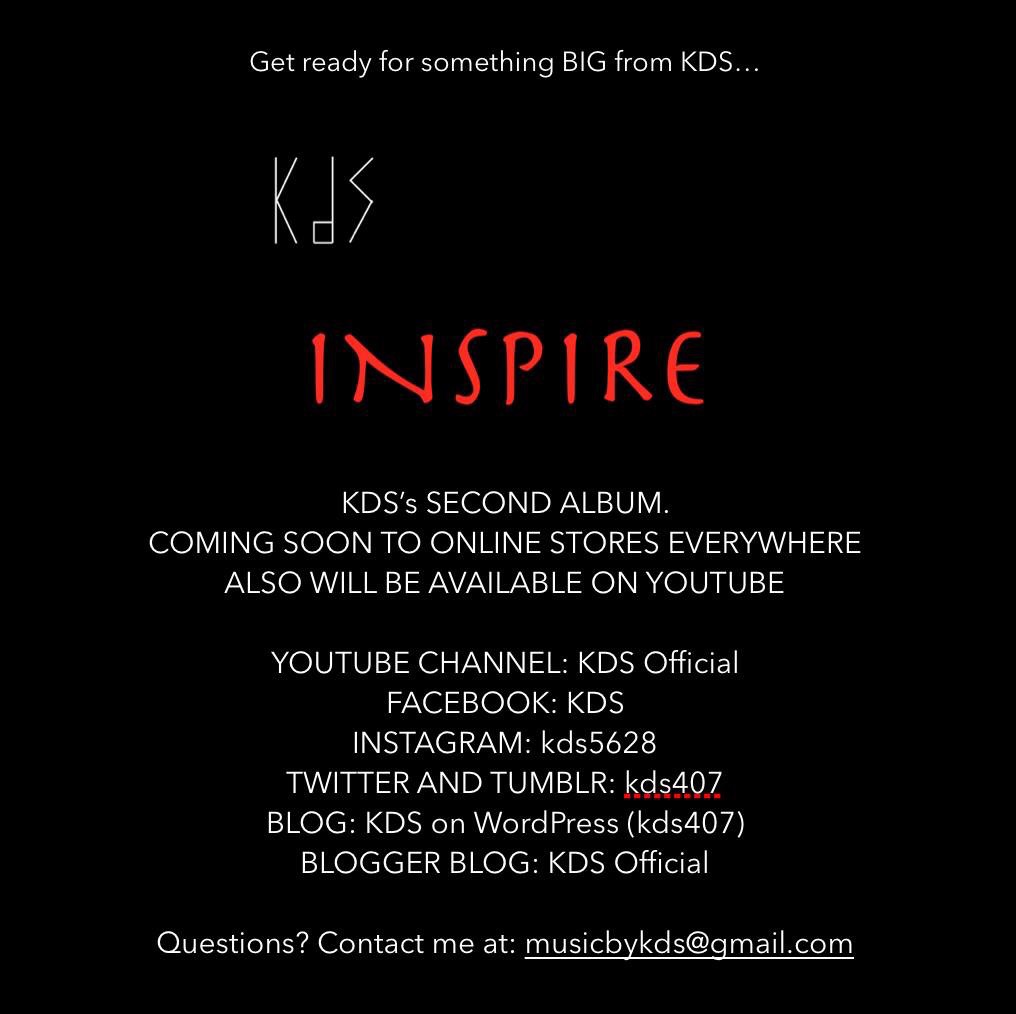 This is KDS with some big news that you probably don’t know about yet!

Recently, I was able to submit my songs to the US Copyrigt Office and I will soon be able to say that I will be releasing my next album to YouTube AND online stores EVERYWHERE.

This album, known as Inspire, will be the second album I’ve ever released and is going to be the biggest thing I’ve done yet. With 23 different songs, you’ll be amazed for what someone with autism has done.

If you have any questions about this album or any questions in general, feel free to comment on this post and I will try to get back to you when I have time! If it’s something more personal, email me!

KDS KNSPIRE. Coming soon to YouTube and online stores EVERYWHERE. Will be available to download from online stores for $19.99. SINGLES PRICE WILL VARY.

KDS is owned by an individual with a mental disorder known as Autism. Kalin W. is the owner of KDS, known by the full name as "An Idea of Autism." With the passion of making music, writing, and even networking with new people, he continues onward to an infinite journey of greatness. As of 2019, he has released three albums with a fourth album in the works. View all posts by kalinkds

Archives: The View of The Past

Calendar: The Timeline of KDS

Categories: For The Organized

Tags: To Get Known